I made this gem.

This gem is one of the OmniAuth strategies for Twitter, using OAuth 2.0 for the authentication protocol.

We have omniauth-twitter gem. Why this gem?

Yes, the omniauth-twitter gem is a well-maintained, widely-used gem.

But, omniauth-twitter uses OAuth 1.0a.

We can hardly believe it either, but It’s finally here! ⌛

Today, OAuth 2.0 and new fine-grained permission scopes are available to all developers. Thank you to our developer community who worked alongside us in the beta, and helped us get this right. https://t.co/jVJeDuF7rm

And we can use “new fine-grained permission scopes” at the release.

We could choose those three kinds of scopes in the older permission scope. That’s too rough.

OK, how to use twitter with OAuth 2.0 with my rails app?

I created a gem, “omniauth-twitter2”.

This is one of the omniauth strategies, so it’s easy to integrate your rails app if you use omniauth (or devise?)

And I have created a sample application that uses omniauth and omniauth-twitter2.

If you want to use OAuth 2.0 API in your twitter app, you should move your app to under “Project”. You can’t use OAuth 2.0 in your app if the app is still a “Standalone app”. 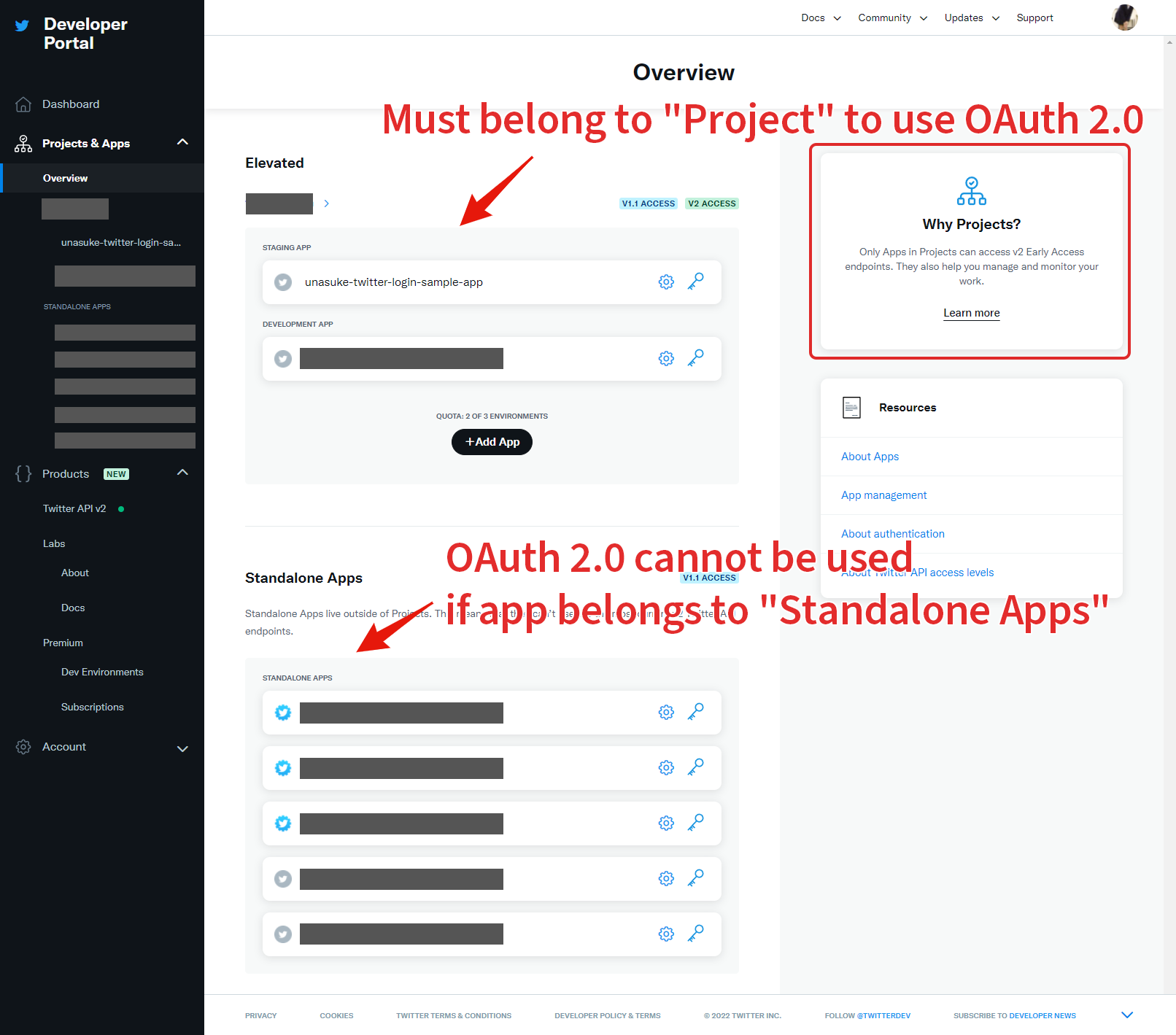 …And I’m not a specialist in the authentication. Please give me a pull request or issue if you found a bug.